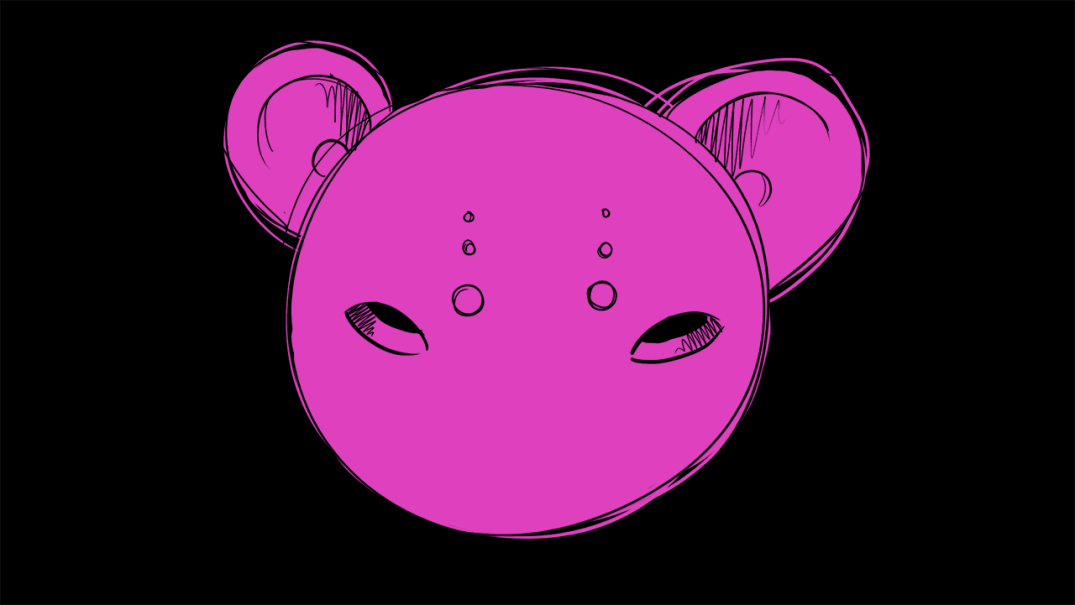 one of the good things about the magnet is the fact that I have a very distinctive visual hook.

This mask was one of the first things I designed for the project, way before there was a story or a character, there was this mask.

Even though the character takes up much more space in terms of story, the mask is what sparked that character into existence.

This is emblematic of my way of working, I am not a writer (not fully) and I am not a gamedesigner (not only). Rather, one informs the other and I could never just do one or the other.

So I do both, in true jack of all trades fashion. 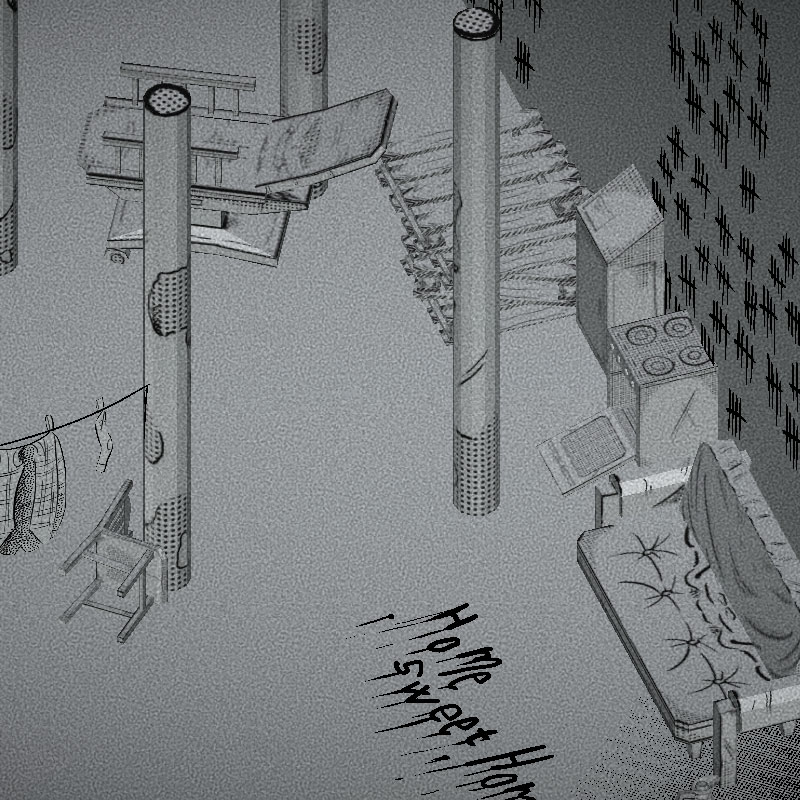 This is the first look of the set where “the magnet” will take place. The entire game is based on one location and a very small number of assets.

The plan for this game is to do the most with the least, trying to make as much happen with as few assets as possible.

I can’t wait to put the game out to see, if people will respond to this approach to game design, but for now, it exists only in the abstract. 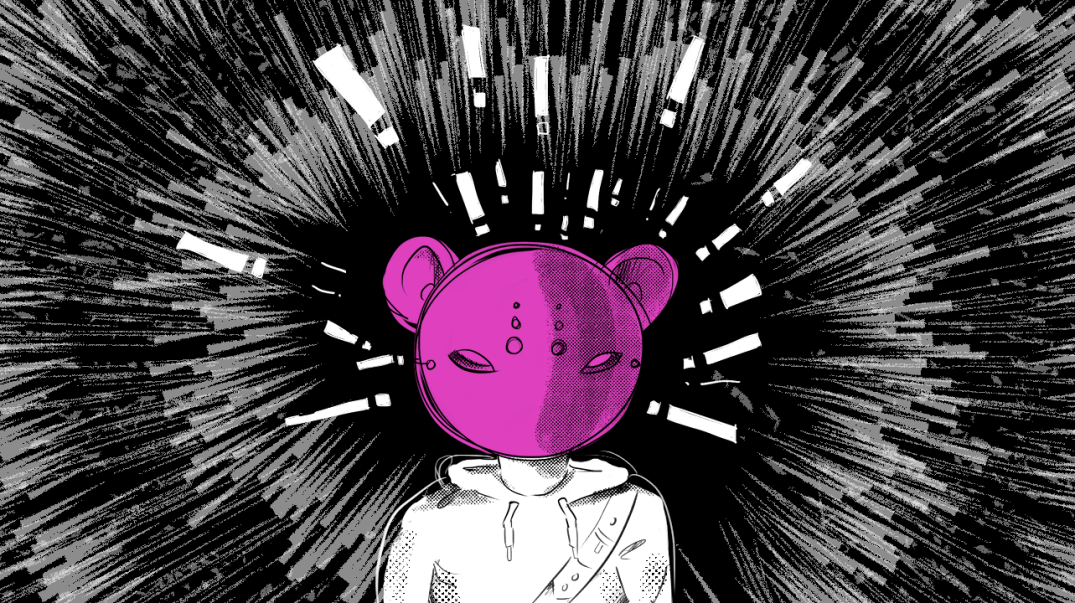 videogame development is something not the easiest thing in the world, especially if you are working alone and with no money.

This means that development asks you to be more or less everything, from programmer, over artist to narrative director.

All this said, I don’t know any developer (myself included) that doesn’t love it. You kinda have to, since there is no guarantee about returns on investment, nor how people will receive your work.

you simply roll the dice and do what you love. 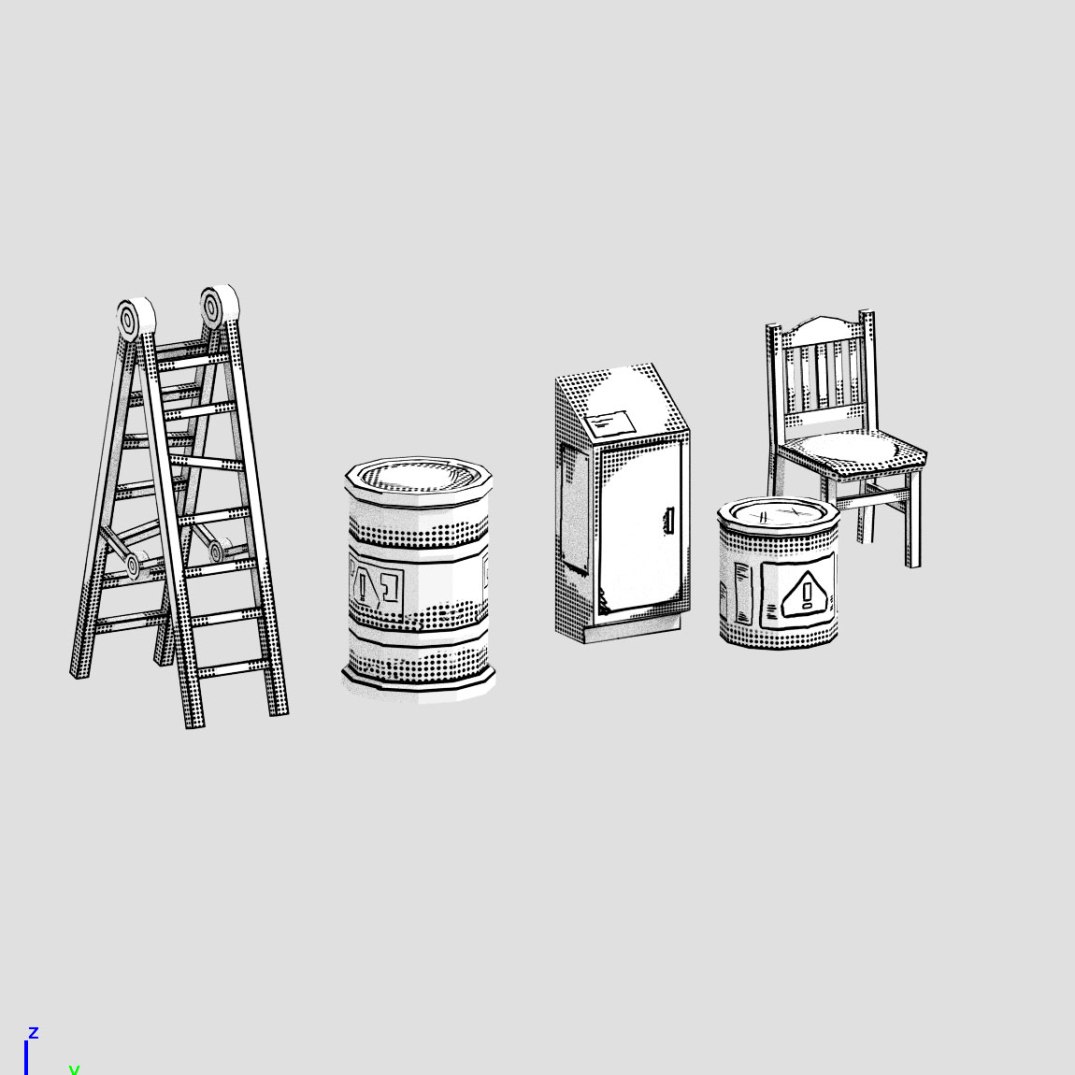 One of the advantages of moving engines from renpy (a 2D engine)  to unity (a 3D engine) is that I can get to dive back into Blender 3D.

Now, I know that there is other 3D software out there and that people seem to really loathe the interface of Blender, but i can’t help but love the software, and not only because it is open source.

Blender is one of the most versatile pieces of software out there and the amount of passionate tutorials on the market for Blender is over the moon great.

If you haven’t yet, download it, it’s fucking great. 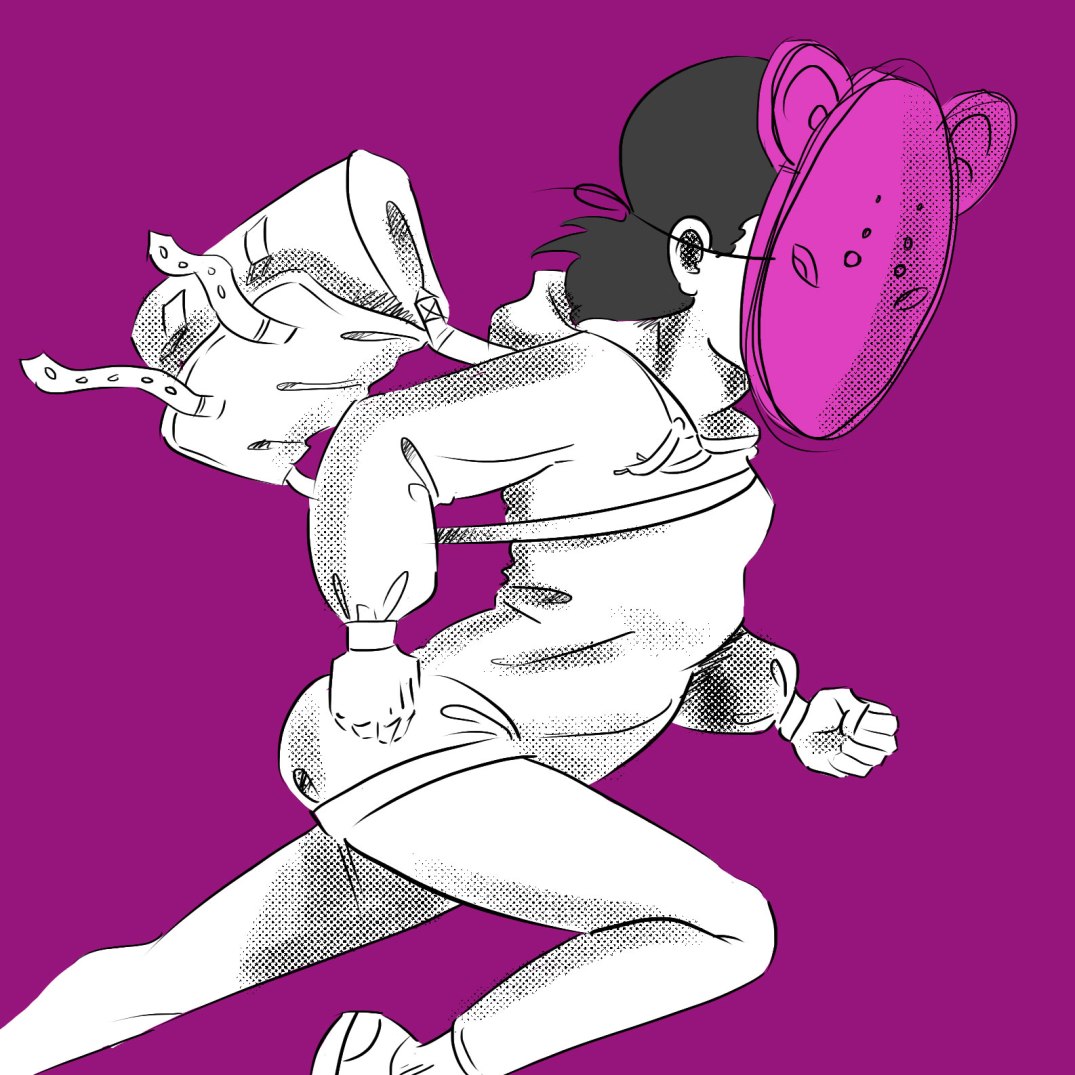 So, the original plan for “the magnet” was to create a game that was made with the open source engine renpy (https://www.renpy.org/) which is a great tool for making interactive narrations.

However, as I realised much too late, Renpy does not have a web build feature and as someone who distributes their games mostly through sites like newgrounds.com , this was a bit of a blow.

So, I have, over christmas been working on making a version of the game that will have the same story structure opportunity as it would have had in Renpy, but with the added benefit of some 3D exploration, by way of the unity engine.

The image above is an example of a casualty of this move, as I have had to scrap the first design i made for “Teddie”. I have been working on some of the exploration aspects of “the magnet”.

The game functions in two distinct section, one part of story based and very reminiscent of the interactive fiction genre and the other part of the game is more akin to a classic point and click game.

I have been working on getting the point and click part of the game to feel right, so that the player gets the best experience when playing it, but directing game feel is pretty damn difficult. so, I feel like I haven’t given “the magnet” enough of an introduction, so here goes.

“the magnet” is a narrative game that is part interactive novel, part exploration game. In the game you play as Teddie, a young girl who find herself alone at the end of the world. She has to stay alive in a world infested with horrors that murder anyone they find on sight.

Throughout the game, she meets other survivors and try to establish connections.

I have traditionally not been great at keeping up this blog, but I will give it one last go. For 2019 I hope to be more present on social media and let people know what is going on with my project.

This starts with the first project that will be up in 2019 called “the magnet”, here is the first look. 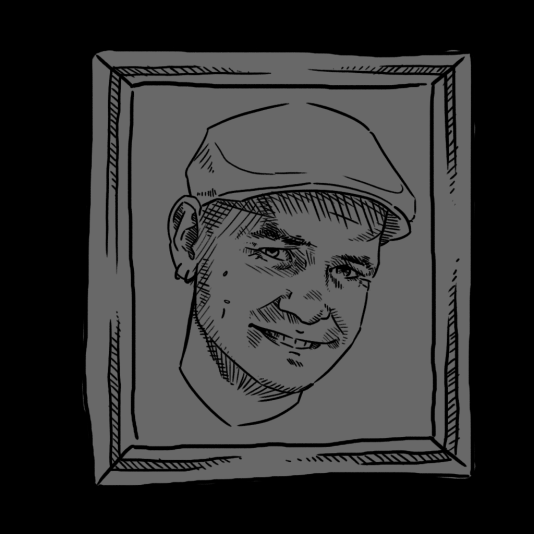 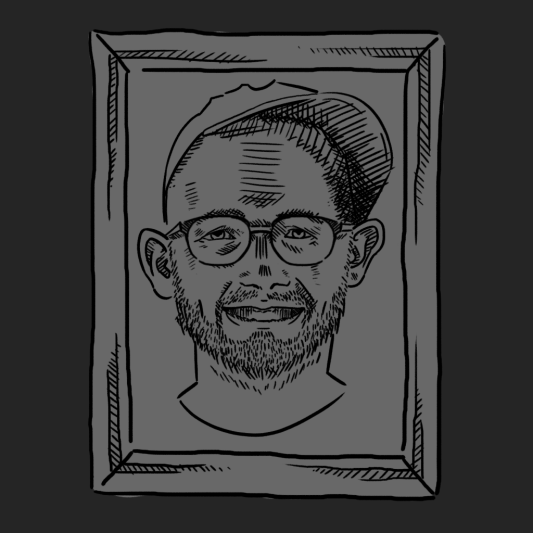 The game “scarred” that I have been developing over the last 8 months or so is finally rapping up and this will be the biggest project that I have ever followed through to completion.

This means that this project is the first time I get into some hard Debugging and creating those finishing touches that takes a game from amateur to polished and they are more than a little difficult.

I am currently working on a good credits sequence that honours everyone that has worked on the game, which is why I am doing the kinds of portraits you see above. 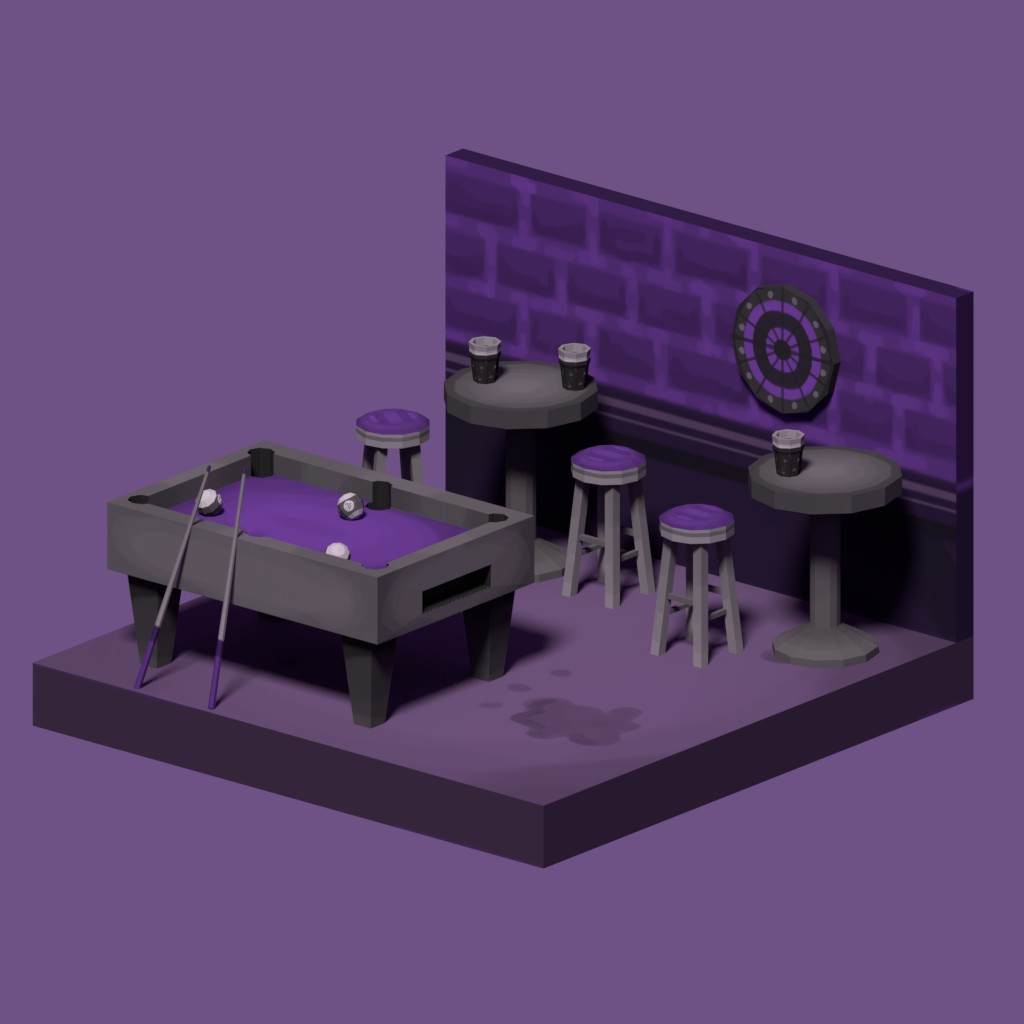 I realised recently that, While I have many other colours in these monochromatic designs, I have sorta neglected purple. So I decided to rectify that by creating this bar scene which is all purple all of the time.